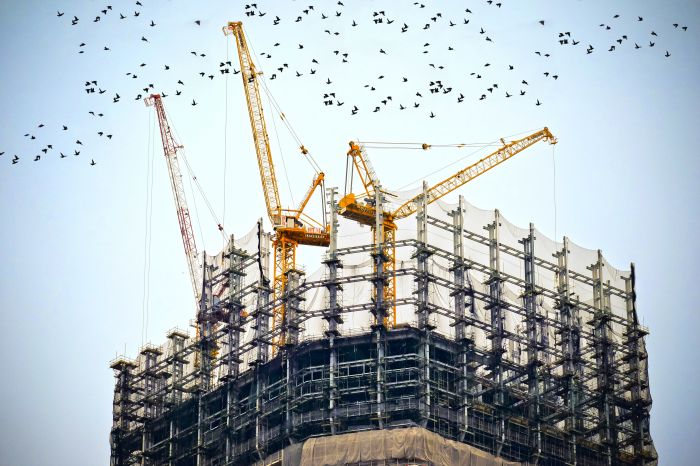 We are seeing these overly broad provisions more frequently. These provisions require that the subcontractor to indemnify the prime contractor and/or owner for any and all claims and losses related to property damage, injury, and death at the project site for their employees, even if they were caused by the actual negligence or strict liability of the prime contractor/owner.  Here is an example of a commonly worded, overly broad indemnification clause:

Contractor shall release Owner, and shall defend, indemnify and hold harmless Owner Group from and against any and all Claims brought by or on behalf of any member of Contractor Group or their invitees alleging property damage, bodily injury, personal injury, illness, or death of any member of Contractor Group or their invitees and which arise out of, relate to, or are connected with this MSA or the performance thereof. THE RELEASE, HOLD HARMLESS, DEFENSE AND INDEMNITY OBLIGATIONS CONTAINED IN THIS ARTICLE SHALL APPLY EVEN IF CAUSED, IN WHOLE OR IN PART, BY PRE-EXISTING CONDITIONS, STRICT LIABILITY, SOLE, OR CONCURRENT NEGLIGENCE OR OTHER FAULT, WHETHER PASSIVE OR ACTIVE, OF ANY PERSON OR ENTITY, INCLUDING BUT NOT LIMITED TO THE OWNER GROUP OR ANY MEMBER OF THE OWNER GROUP…

There appears to be a real disconnect between the expectations of owners and the reality of how an indemnification claim actually plays out once a dispute arises.

Here’s an example: Subcontractor’s employee is severely burned on the owner’s site, due to an explosion/fire, and ultimately dies weeks later. The cause of the accident is based on the negligence of the owner who failed to replace a known piece of faulty equipment. The subcontractor employee’s estate sues the owner.  Under the indemnification provision above, the subcontractor company would now have to step in and defend and protect the owner from its deceased employee’s claim.  Even if it’s ultimately confirmed by a court that the cause of death was directly caused by the owner’s negligence, the subcontractor company would still have to pay all of the defense costs and damages assessed against the owner.

While it’s one thing to indemnify the owner for the contractor’s own negligence, it’s quite another to indemnify the owner for the owner’s negligence.  For example, when someone gets seriously injured or dies on a project site, damages are often high dollar–six, seven or even eight figures.  Subcontractors rely on their insurance to cover high dollar claims. If insurance rejects the indemnity, these amounts can be enough to bankrupt smaller companies. Larger companies are often unwilling to self-insure high dollar claims. If insurance isn’t available, how can it be expected that the indemnification claim will be paid?

Colorado does not view these sorts of indemnification provisions in construction contracts favorably.  In fact, they are considered against public policy and are void and unenforceable.

For reference, Colorado’s statute §13-21-111.5 is reproduced in relevant part below:

(1) In an action brought as a result of a death or an injury to person or property, no defendant shall be liable for an amount greater than that represented by the degree or percentage of the negligence or fault attributable to such defendant that produced the claimed injury, death, damage, or loss…

(6)(a) The general assembly hereby finds, determines, and declares that:

(III) Construction businesses in recent years have begun to use contract provisions to shift the financial responsibility for their negligence to others, thereby circumventing the intent of tort law…

(b) Except as otherwise provided in paragraphs (c) and (d) of this subsection (6), any provision in a construction agreement that requires a person to indemnify, insure, or defend in litigation another person against liability for damage arising out of death or bodily injury to persons or damage to property caused by the negligence or fault of the indemnitee or any third party under the control or supervision of the indemnitee is void as against public policy and unenforceable.

The statute defines a “Construction agreement” as: “a contract, subcontract, or agreement for materials or labor for the construction, alteration, renovation, repair, maintenance, design, planning, supervision, inspection, testing, or observation of any building, building site, structure, highway, street, roadway bridge, viaduct, water or sewer system, gas or other distribution system, or other work dealing with construction or for any moving, demolition, or excavation connected with such construction.” That definition applies to most construction, engineering, and midstream projects in Colorado.

Drafting an extremely broad indemnification provision may seem like a good idea at the time, but it ultimately becomes useless if there is no insurance money to support it. Worse still is if it’s found invalid under state law.  Owners need to have reasonable expectations about which claims are indemnifiable and which are not. Similarly, drafting counsel needs to be cognizant of how an indemnification provision is going to apply in the event a dispute or claim arises under the contract.

It’s time to bring these provisions back to earth. Insurance for both the owner and the subcontractor should be involved in the drafting and negotiation of indemnification provisions to verify that coverage may be available. Similarly, drafting counsel, if inexperienced in litigating these provisions, should speak with litigation counsel to make sure that the terms will actually work in the real world.  It is a disservice to both the owner and the subcontractor to require indemnification clauses that can’t be insured, and matters become even worse when the clause itself is void under state law. This leaves neither side prepared to handle a claim. The subcontractor may not have insurance to cover the claim and the owner, who may have relied on the indemnification protections, may not have insurance or adequate reserved to handle it either. These are issues that must be carefully considered when constructing insurable, enforceable, and useful indemnification clauses.

Craig Watrous is a Denver-based attorney who regularly represents owners and contractors in the negotiation, drafting, enforcement, and disputes related to master service and professional service agreements. He is a partner at MLMW and represents parties to MSA and PSA disputes in state and federal courts and all alternative dispute venues including mediations and arbitrations. Craig can be reached for questions at cwatrous@mlmw-law.com  or by phone at (303)722-2165 (direct).